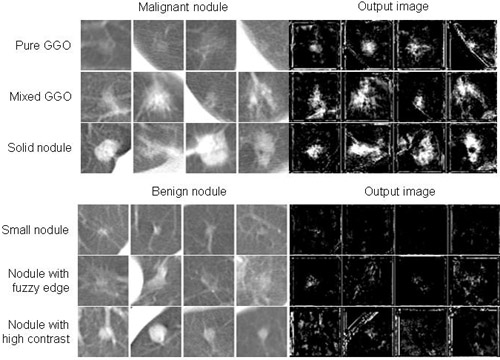 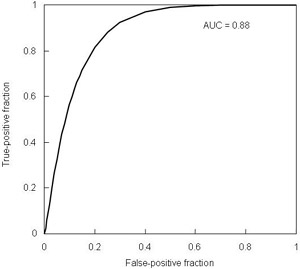 ROC curve for the MTANNs in distinction between 76 malignant nodules and 413 benign nodules in a leave-one-out cross-validation test.